Conductance of a semiconductor depends on several factors such as current or voltage applied to a control electrode, or on the intensity of irradiation by infrared (IR), visible light, ultraviolet (UV), or X rays.

So, we can say that a semiconductor is a material that has electrical conductivity greater than an insulator but less than a conductor.

Examples of a semiconductor: Diodes, transistors, and many photovoltaic cells. 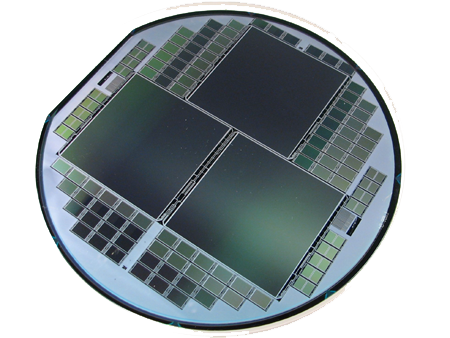 An N-type semiconductor is one that carries current in the form of negatively-charged electrons. This is very similar to conduction of current in a wire.

A P-type semiconductor is one that carries current predominantly as electron deficiencies called holes. A hole has a positive electric charge. This charge is equal and opposite to the charge on an electron. These holes flow in the opposite direction of electrons.

Function of a Semiconductor

Silicon is the most widely used semiconductor material.

Superconductor is an element, inter-metallic alloy, or a compound that conducts electricity without resistance below a certain temperature.

Once set in motion, electrical current will flow forever in a closed loop of a superconducting material.

A transistor is a semiconductor device made of a solid piece of semiconductor material and is used to amplify and switch electronic signals. A Transistor can be active in only One Direction and can draw more or less current through its load resistor.

A transistor is another good example of a semiconductor device.

Manufacturing semiconductors need expertise and experience. Chemicals to be used need to be pure and free from any impurity. The process of adding controlled impurities to a semiconductor is known as doping.

Here are the steps involved in manufacturing semiconductors:

Here is a list of top 10 semiconductor companies in the world:

Just explore the “career”, “jobs” or “work with us” section of the websites of semiconductor companies and apply for the best suitable job.